On the evening of 5 August 2007, Gavin Gatenby spotted what he thought was a male Variegated Fairy Wren and his troop in thick scrub near the escarpments on the Girrahween track. He reports "Luckily I had my camera with me and, braving the low-light conditions, I took a quick shot, resulting in a lousy image, but good enough to confirm the first ever sighting of the species in the Wolli Valley".

A chance conversation in Turrella Reserve, with photographer Alexander Choi, unearthed photos he'd taken of this species and excitement reached an all time high when Voren O'Brien discovered two adult males, a female and a nest of young Variegated Fairy Wrens on her nature rounds before the WCPS Committee Xmas dinner in 2007. Photos were quickly developed and circulated at the restaurant! 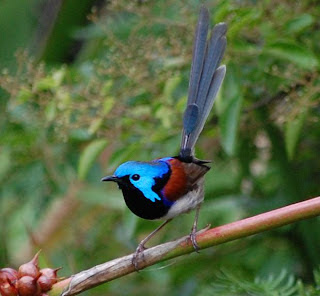 To an inexperienced observer the Variegated Fairy Wren (Malurus lamberti) might understandably be mistaken for the well-known “Blue Wren” (officially known as Superb Blue Wren) but it’s difficult to see how its presence could have escaped the notice of such an experienced birdwatcher as the late Neil Rankin who meticulously recorded the valley’s birdlife until his death in 2001. These are not the sort of birds that can suddenly migrate into the area from many kilometers away, so we can only conclude that a small remnant population has been present, all along, in the nearby Bardwell Valley, from which they have now recolonised Wolli.

Here the female carries food to her young. The nestlings are concealed in a domed, grass nest with a side entrance very close to the ground. 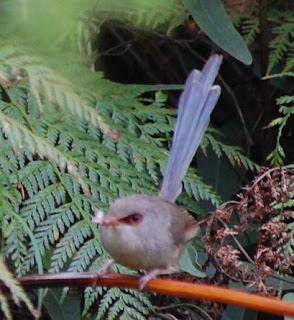 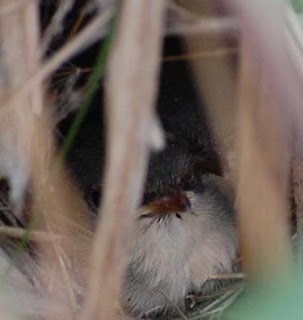 A sad postscript to this story is the discovery, the very next day, that the nest was empty apart from some large black ants. It's impossible to say what predator is to blame. Snakes are major nest predators of Fairy Wrens and large birds such as Currawongs will take eggs or nestlings of smaller birds. And perhaps it is no coincidence that only two weeks earlier a fox was spotted mere meters from this very nest. 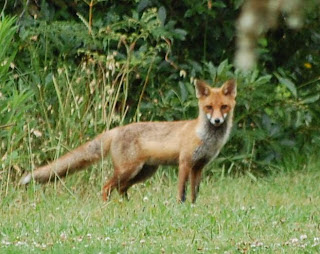 But the species seems to be fairly resilient. A family group has been spotted on the Girrahween Track near Cormorants Corner and while the female will not reuse her original nest it is
hoped that she will build elsewhere and attempt a second brood.

Postscript: In July 2008 a male Variegated Wren was observed in Jackson's Quarry. 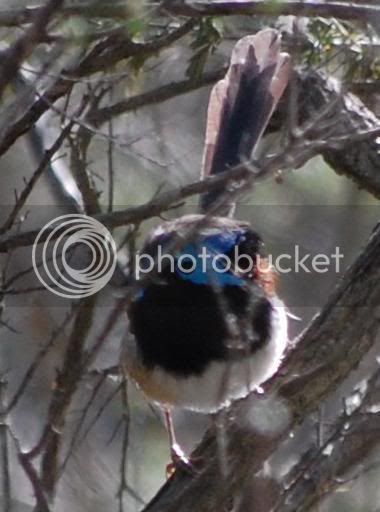